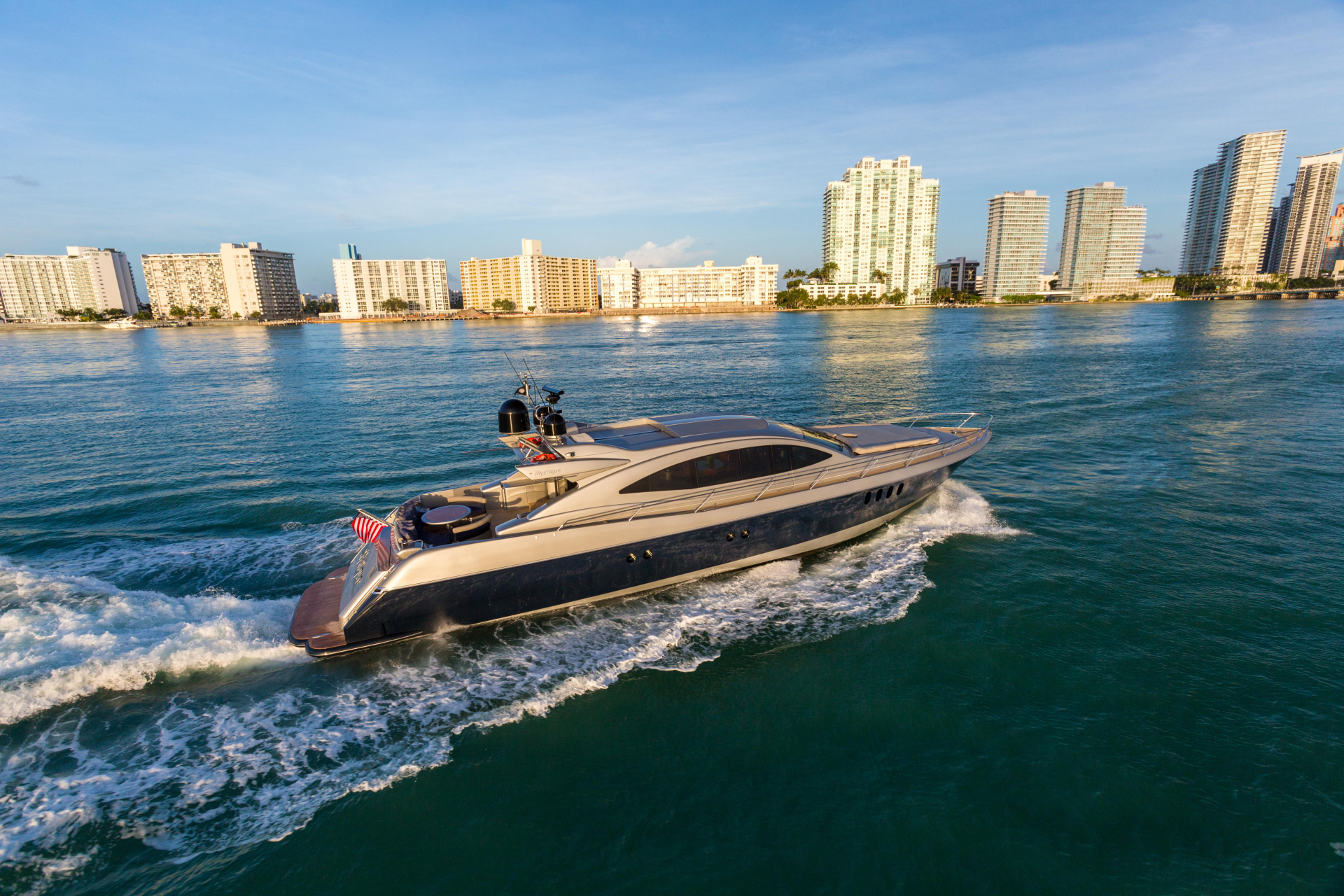 The International SeaKeepers Society and Dr. Jose Lopez from the Halmos College of Natural Sciences and Oceanography (HCNSO) at Nova Southeastern University (NSU) spent one week in the Bahamas to study sponges and their microbiomes. This expedition marked an inaugural expedition and new partnership between The International SeaKeepers Society and Nova Southeastern University.

“This was a great opportunity for us to get to and spend time in Bahamian waters to study sponges, their microbiomes and marine environs,” said Jose Lopez, Ph.D., professor and researcher at NSU. “Plus, getting to travel on an 87-foot yacht as our base of operations isn’t something that we get to do that often, so that made things quite interesting. I feel almost spoiled after being on such a boat.”

During the expedition, researchers dove on Andros and Nassau reefs to identify existing sponge species and collect sponge, sediment and water samples. Samples were brought back to laboratories at NSU for further analysis and genetics work. Results from this expedition and continuing work will tell scientists about the species diversity and connectivity between Florida and Bahamian reefs. Examination of sponge tissue samples and associated bacteria found within sponge tissues could be used in the development of pharmaceuticals. The expedition location was also important to Lopez from a personal standpoint. “Some of the first relatively “pristine” reef habitats I ever saw were on Andros Island over 20 years ago,” Lopez said. “The Elkhorn Coral (Acropora palmata) was so large they stuck out of the water at low tide.”

One day of the expedition “dove” into Bahamian culture – i.e. the native spongers of Andros Island. Residents of Red Bays Village on Andros Island demonstrated the sponge industry process and explained the history and significance of sponging to the local culture and economy.

The expedition was hosted by Fleet Miami who provided the 87-foot Warren D/Y Mystique to serve as the base of operations and at-sea laboratory in the Bahamas. The vessel allowed scientists access to remote reefs off New Providence Island and Andros Island. This is the third SeaKeepers DISCOVERY Yacht expedition supported by Fleet Miami. Additional expedition support was generously provided by Albany Marina and Resort on New Providence Island, Bahamas.

A production crew from WPBT2’s Changing Seas series also documented the research trip and conducted interviews during the week. The footage will be used in an upcoming episode on marine sponges to be aired in June 2016.

“Our goal is to have this be the first of many research expeditions involving NSU, International SeeKeepers and Fleet Miami,” Lopez said. “The more opportunities we get out on the water for researchers and students, the more we learn about the marine environment and, of course, the more we can do to help protect the world’s oceans and all the creatures that call it home – knowledge is key.”

About The International SeaKeepers Society®

The International SeaKeepers Society is a not-for-profit 501(c)(3) organization focusing on the health of the world’s oceans and climate. SeaKeepers works with the boating and yachting community to take advantage of their unique potential in order to further marine research and to raise awareness about the issues our oceans face. The International SeaKeepers Society acts as a global catalyst working with governments, scientists, industry, and other marine organizations to further its mission and to support sensible, achievable marine protection and restoration. For more information visit www.seakeepers.org.

Located in beautiful Fort Lauderdale, Florida, Nova Southeastern University (NSU) is a dynamic research institution dedicated to providing high-quality educational programs at the undergraduate, graduate, and first-professional degree levels. A private, not-for-profit institution with more than 24,000 students, NSU has campuses in Fort Lauderdale, Fort Myers, Jacksonville, Miami, Miramar, Orlando, Palm Beach, and Tampa, Florida, as well as San Juan, Puerto Rico, while maintaining a presence online globally. For more than 50 years, NSU has been awarding degrees in a wide range of fields, while fostering groundbreaking research and an impactful commitment to community. Classified as a research university with “high research activity” by the Carnegie Foundation for the Advancement of Teaching, NSU is 1 of only 37 universities nationwide to also be awarded Carnegie’s Community Engagement Classification, and is also the largest private, not-for-profit institution in the United States that meets the U.S. Department of Education's criteria as a Hispanic-serving Institution. Please visit www.nova.edu for more information.

Changing Seas is a marine science series focused on ocean issues and exploration. The series goes to sea with scientists, giving viewers a first-hand look at how oceanographers and other experts study earth’s last frontier. Changing Seas airs on 90% of public television stations in the U.S. and in 34 countries across the globe. www.changingseas.tv.

WPBT2, South Florida’s premier public broadcaster, connects organizations and institutions across this diverse region and preserves South Florida's history. Leading the way in this global society, WPBT2 serves diverse communities from the Treasure Coast to the Florida Keys and is committed to creating and presenting unique arts, education and cultural heritage  programming across three television channels – WPBT2 HD, WPBT2 Create/WORLD and WPBT2 Vme (Spanish-language). WPBT2 is also South Florida’s leading media company for unique local stories across a variety of digital media platforms, including online and mobile through WPBT2 Video (video.wpbt.org) and through the PBS app on Roku, AppleTV and FireTV. More information on WPBT2, its programs and its services for the community can be found at www.wpbt2.org.

Fleet Miami is known for its Yachting Membership Club, which offers a fleet of luxurious yachts in a variety of lengths and styles to members in sought-after locations around the world. Along with stellar yacht management and innovating crewing solutions, Fleet Miami is dedicated to creating an exceptional yachting experience for each guest, and offers bespoke and creative charter itineraries to both members and non-members that range from half-day to multi-week in length. www.fleetmiami.com.