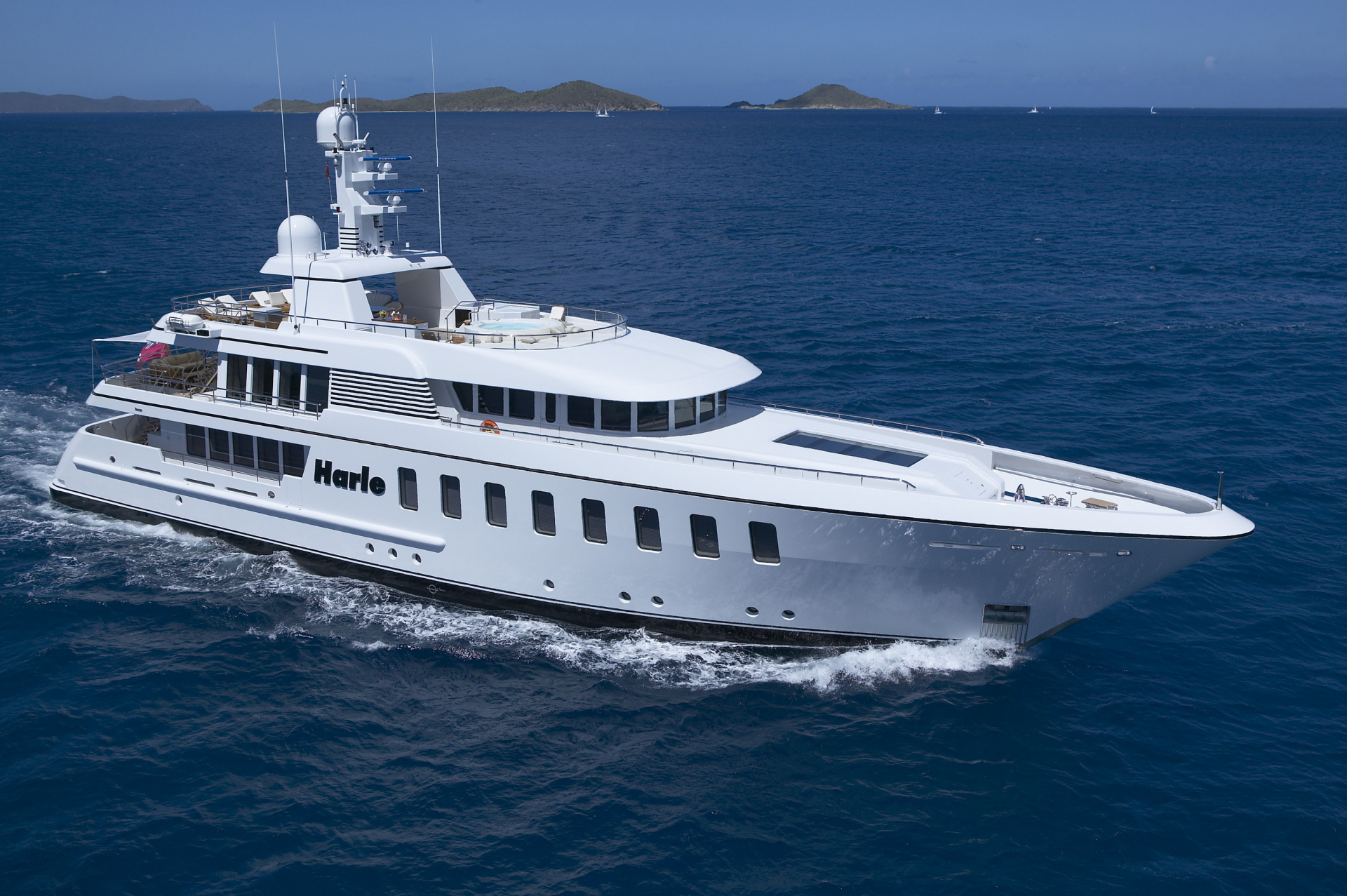 MIAMI DECO TAKES TO THE WATER

Everybody knows that it takes buckets of money—tens of millions—to buy a custom-made yacht big enough to sail the oceans in comfort and style, with a captain on the bridge and a chef in the galley. What everybody does not know is that it also takes effort—and a lot of it. “Building a custom yacht takes time and knowledge on the part of owners,” says Francois van Well, president of the American division of the Dutch yacht builder Feadship. “You have to design it with us. Even the shapes of the hull and the engines are custom-designed.”

Until recently, Feadship—short for the First Export Association of Dutch Shipbuilders—didn’t even pull out its pens and pencils, let alone lay a keel, until a buyer had signed a contract. Working with Feadship’s designers, the owner then had to make choices. What should the hull look like? Should the lounge be placed on the main deck or the top deck? Should the cabins be large or small? Buyers could, in short, do almost anything they pleased so long as they didn’t violate standards of safety and seaworthiness. Taking a boat from the drawing board to blue water was an arduous and time-consuming process, requiring as much as two and a half years from start to finish. “But if you’ve grown up in yachting,” says van Well, “you enjoy doing it.”

As yachting became more popular and as more people began carting home those buckets of money, Feadship noticed that many would-be yachtsmen didn’t have the desire, the knowledge or the time to design a luxury boat. They just wanted to walk up the gangplank, wave to the captain and say, “Anchors aweigh!” Feadship responded with the F45 series, of which the yacht Harle is an early and happy example.

Unlike Feadship’s custom-made yachts, the F45 boats have the same basic layout. They are all 147 feet long, and the lounge and the cabins are all the same sizes and in the same places. “Now we start building without a client,” says van Well. “That shaves a year or a year and a half off the waiting time.”

Buyers do have choices for the interior, and Feadship hired a Dutch designer, Sander Sinot, to come up with appealing styles. Sinot has a long history of creating everything from perfume bottles to the interiors of airplanes and banks—and the leap to yachts was natural for a man who had spent three years in the Dutch navy. “I’ve been everywhere from the North Pole to the Black Sea on boats,” he says. “If you live on a boat, you know how it behaves.”

Working with Feadship’s designers, De Voogt Naval Architects, Sinot Yacht Design devised four different interior design schemes: The Miami line is Art Déco, Monaco is informal French, Milano is modern, and Nautical is traditional yacht style, with a lot of dark wood and high contrast. The stylistic differences are subtle, yet no boat looks exactly like any other. Owned by the chief executive of a U.S. company—half of Feadship’s clients are American—Harle is in the Miami style, Art Déco all the way.

Harle shows how well Sinot and the Feadship designers make spaces work. A long, narrow skylight in the master suite (a skylight is unusual on a yacht) makes the room seem even larger than it actually is. The skylight extends from the bedroom into the bath, and whether you’re sitting in the round bathtub or lying on the bed, you can enjoy natural light during the day or stargaze at night. Soaring to 10½ feet, the skylight offers something also unusual on a yacht—a feeling of great height.

On most boats of Harle’s size, the owner’s stateroom and the public rooms, the lounge and dining area, take up all the space on the main deck. Guests are relegated to the lower deck, where they see the world only through small portholes. The Feadship team changed all that, liberating guests from that twilight nether region. “We asked people how many times a year they would eat indoors,” says van Well. “We discovered that you can count the number on one hand. Most people eat outside on the sundeck.” With the dining area largely for show, it was erased from plans for the F45 series. In bad weather a table is set up inside, on the bridge deck.

Eliminating the dining area and locating the galley on the lower deck freed up enough space for four guest cabins on the main deck. High above the waves, they now have the luxury of large, panoramic windows. “If you have a house, the scenery never changes,” says van Well. “But if you have a boat, it changes constantly. You can sit in your room and watch a whale swim by or see the sunset in the bay.” A similar change was made in the bridge deck lounge. In good weather the windows slide open, and the inside and outside become one—a floating beach house.

For all their innovations, Harle and her sisters are traditional yachts with a classic design, a soft-spoken understatement. “We tried to skip all the make-believes you can sometimes see in a yacht,” says Sinot. “We wanted to be more like an Aston Martin than a Lamborghini. A Lamborghini looks aggressive, fast and mean. An Aston Martin goes just as fast, but it doesn’t brag about it.”